With the extra energy gained from the cosmic rays, sub-GeV dark matter particles can produce visible recoil signals in the detector. We present a new result searching for the cosmic ray boosted dark matter (CRDM) with the PandaX-II full data. This work is motivated by the theoretical paper (PRL. 126 091804), which first pointed out that a sidereal diurnal modulation in signal rate and energy spectrum due to the Earth shielding is expected for low mass CRDM.

Specifically, detailed Jinping Mountain geometry is implemented with a realistic simulation on the scatterings between the DM and Earth nuclei. We reanalyzed the PandaX-II data with additional sidereal time information. Based on PandaX-II data, and thanks to the low background level and large exposure, our result excludes the dark matter-nucleon elastic scattering cross section between 10-31 cm2 and 10-28 cm2 for a dark matter masses from 0.1 MeV/c2 to 0.1 GeV/c2 ,which covers a large unexplored parameter space and provides new information beyond the cosmological and astrophysical probes. 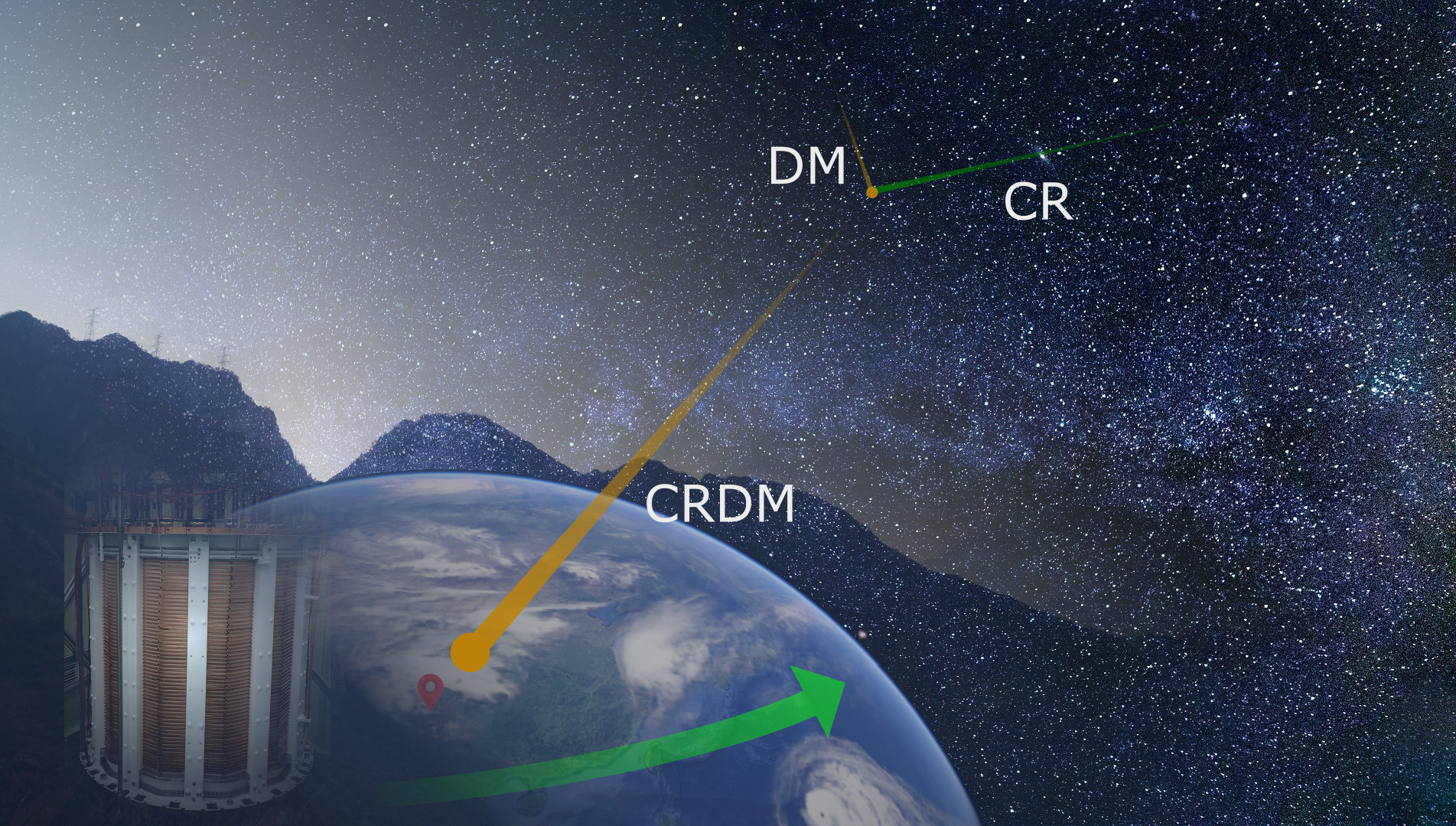