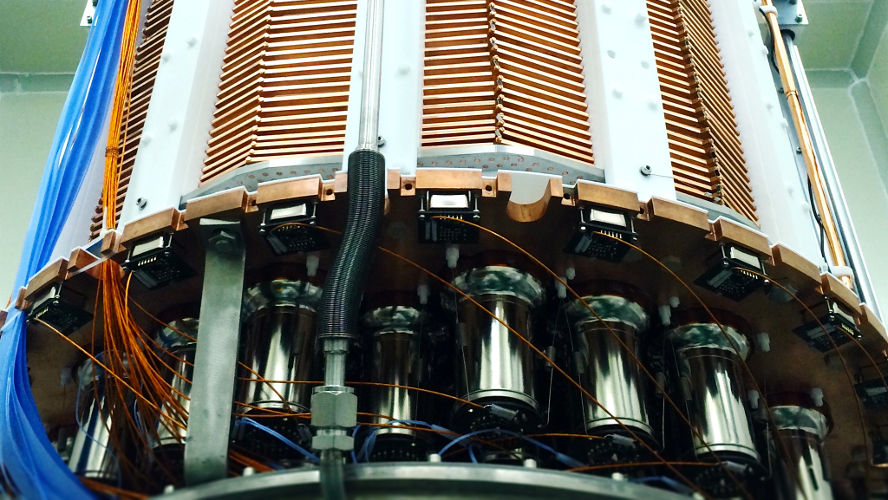 PandaX is designed to build and operate a ton-scale liquid xenon experiment to detect the so far elusive dark matter in the Universe. The PandaX experiment will use a two-phase (liquid and gas) xenon position-sensitive time projection chamber detector. It is located at CJPL, which is one of the deepest underground labs in the world. The program will evolve in two stages, initially probing the low-mass regime (<10 GeV) with a nuclear- recoil energy threshold of about 5 keV and ultimately employing a ton-scale detector to probe the higher-mass regime (10 to 1,000 GeV), reaching a sensitivity down to $10^{−47} cm^{2}$ for spin-independent WIMP-nucleon cross section.

PandaX-II is a dark matter direct detection experiment equipped with a half-ton scale dual-phase time projection chamber (TPC).  The PandaX-II experiment started since Oct 2014 with the detector installation at CJPL, followed by about one year of engineering runs and test.  The commissiong run started on Nov 22, 2015. After collecting 19 days of effective data, this run stopped due to high level of Krypton background. Nevertheless, a factor of two improvement on the spin-independent (SI) WIMP-nucleon cross section limits was obtained using this data compared to the final result from PandaX-I using 80 days of data . After a Krypton distillation campaign, the experiment restarted the data taking in March 2016. The first physics run lasted till end of June and collected 80 days of effective data. Combining the data from the comissioning run and the first physics run, PandaX-II obtained the most stringent upper limits on the SI WIMP-nucleon cross sectiones for WIMPs with masses between 5 and 1000 GeV (see figure below).  The PandaX-II experiment is expected to run till the end of 2017. 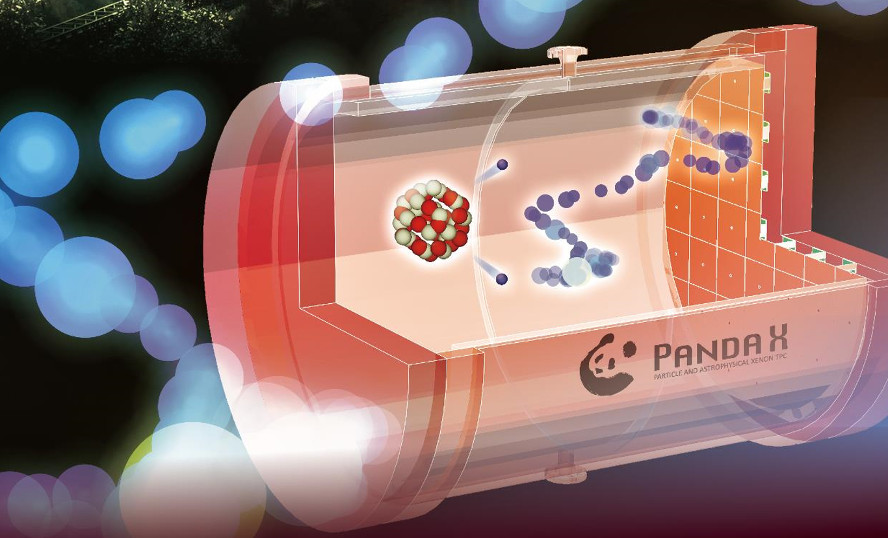 as the source. The high pressure gas Time Projection Chamber (TPC) we use can measure the energies of two emitted electrons from $0\nu\beta\beta$ and image the electron tracks, and thus can effectively identify $0\nu\beta\beta$ signals and suppress the unwanted backgrounds.

Our TPC is symmetrical with the negative high voltage in the middle. Electrons ionized by an energy release in the TPC would drift to either ends, where Micromegas is used to amplify and collect the charges. The expected spatial resolution is 3 mm and energy resolution is 3%.

At SJTU, we are building a 20kg scale prototype detectors, which consists of a stainless steel pressure vessel and a single-end TPC. We aim to optimize the design of Micromegas readout plane, to finalize the energy calibration of TPC, and to develop algorithm of 3D electron track reconstruction.